A creative team consisting of the Architecture Fringe, ism and /other has been invited to prepare a project for the International Architecture Exhibition – La Biennale di Venezia in 2023 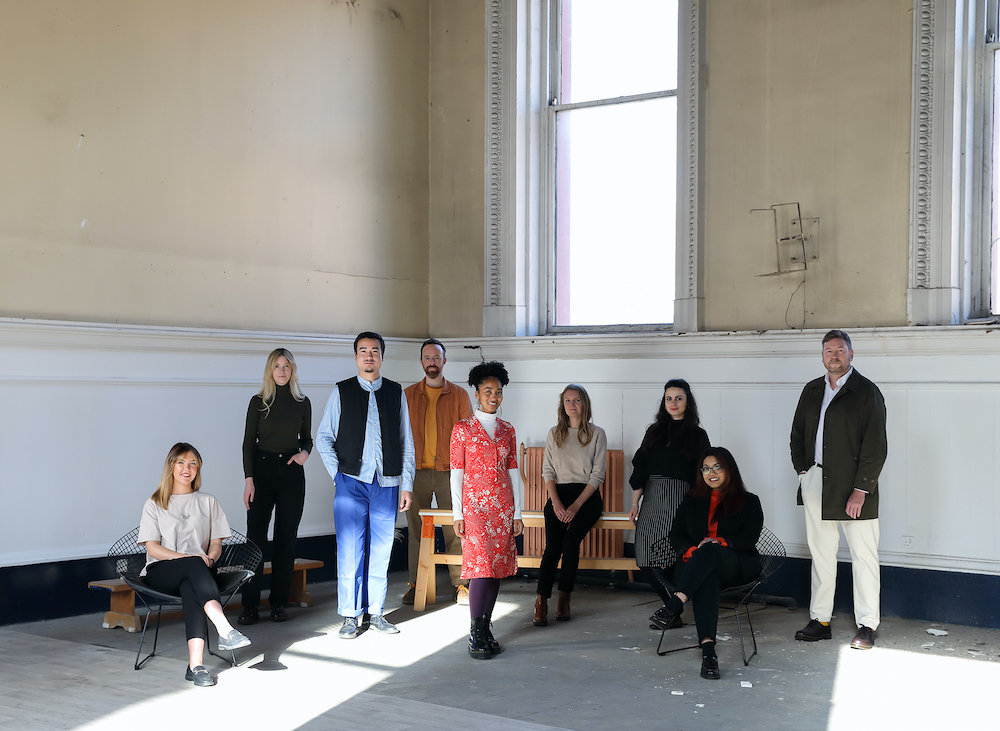 Commissioned by the Scotland + Venice Partnership

Recognised as one of the world’s most prestigious festivals of architecture, the 2023 edition of La Biennale di Venezia will take place from 20 May–26 November 2023.

This will be the fourteenth commission by the Scotland + Venice partnership (Creative Scotland, British Council Scotland, National Galleries of Scotland, Architecture and Design Scotland, V&A Dundee and the Scottish Government).

About the proposed project

In response to Biennale curator Lesley Lokko’s theme of The Laboratory of the Future, the creative team will explore a number of linguistic landscapes across Scotland to examine the nation’s dynamic relationship between land and the languages that are applied to it. This research will then inform a place of shared imagination and speculation, where new approaches to land and the global climate emergency can emerge.

The project will be anchored in communities in three distinct regions of Scotland. Exploring local languages will provide insight into how land is perceived and used. Communities will work with creative collaborators to inform a new inclusive lexicon of their place.

Taking inspiration from The Laboratory of the Future theme, the project will draw out new perspectives and knowledge from the specific contexts found in Scotland, offering transferable insight and learning to a wider, international audience. Further details on the project will be announced in due course.

About the creative team

The project is a curatorial collaboration between the Architecture Fringe, ism, and /other. Having worked together on previous projects, their curatorial approach centres on a shared understanding and appreciation of cultural nuance, lived experience, and a close reading of social, political, and environmental contexts.

The Architecture Fringe is a self-initiated non-profit volunteer-run organisation which explores architecture and its impact within our collective public life. Their primary objective is to expand and open up architectural culture by creating new work and commissioning new voices.

ism architecture magazine is an independent publication based in Glasgow with a desire for bold and critical reflection on the built environment. Its ethos revolves around using the written word to create a platform of accessible writing for voices of diverse backgrounds.

/other is a collective of POC (people of colour) creatives that centres the marginalised individual within architectural discourse. Their exhibition and curatorial work is grounded in methods of collaboration and critical questioning, aiming to present a contemporary culture of diverse expression.

Andy Summers, Co-Curator and Co-Director of the Architecture Fringe said: “The project brings forward the diversity of cultures and languages that have shaped the landscape of Scotland. Through the work, we’ll explore these rich linguistic landscapes at a local level to help us identify new strategies and potential solutions to the challenges of the worldwide climate emergency.”

“A central objective for the Architecture Fringe has been to expand and pluralise the culture of architecture, creating a space for more voices and different perspectives. We’re incredibly excited to create this work from Scotland in response to the timely and inspiring curatorial theme put forward by Lesley Lokko.”

Aoife Nolan, Co-Curator and Co-Founder of ism said: “Language provides insight into often overshadowed world perspectives. In this globalised world, local knowledge can make a valuable contribution to wider conversations. As part of the project, the team will be working with communities in different parts of Scotland, where we’ll explore how local relationships with the environment can help inform global solutions to the worldwide climate emergency. Energised by Lesley Lokko’s pertinent theme we’re beyond delighted to develop this work from Scotland through a process of careful collaboration and cooperation.”

Carl C.Z. Jonsson, Co-Curator and Co-Founder of /other said: “Lesley Lokko’s theme encourages participating groups to expand notions about material culture, rightly linking them to social and environmental issues. This critical overlap of discourses forms the heart of our creative teams’ respective practices. We are thrilled to curate a project that not only aims to reclaim and reinterpret alternative, previously unacknowledged cultures in Scotland but presents them as cornerstones of our diverse common heritage. This is something that matters more than ever in our collective response to the climate upheaval.”

Amanda Catto, Head of Visual Arts for Creative Scotland and Chair of the Scotland + Venice partnership, commented: “The Scotland + Venice partners are excited to be working with such a strong and diverse collective to develop a proposal for one of the world’s most prestigious festivals. We’re inspired by the vision of Lesley Lokko, the curator of the international architecture exhibition at La Biennale di Venezia, and her desire for the exhibition in 2023 to enable people to imagine and enact a more equitable and optimistic future in common. Working with the Architecture Fringe, ism and /other the project will draw and build on Scotland’s strengths as a distinct and dynamic centre for creative excellence in order to foster international connections, public engagement and cultural exchange.”

Scotland + Venice provides artists and architects based in Scotland with a valuable platform to showcase their work on the international stage at la Biennale di Venezia. It is a partnership between Creative Scotland, with funding from The National Lottery, British Council Scotland, National Galleries of Scotland, Architecture and Design Scotland, V&A Dundee, and the Scottish Government.

The Scotland + Venice exhibition venue is the Arsenale Docks (Cantieri Cucchini, S. Pietro di Castello, 40, 30122) situated between the Giardini and Arsenale, the two main sites of the Biennale.  The venue was first used by the Scotland + Venice partnership for the 2019 presentation by Charlotte Prodger, SaF05.

The selection of the creative team was made following an open, competitive process.

Members of the selection panel were –

The most recent commission was by 7NArchitects with the award-winning What if…?/Scotland. This was prepared for the 2020 Biennale but due to the pandemic, this presentation took place at V&A Dundee in 2021 and won the “Design for Good” category at the Scottish Design Awards in 2022.

In 2018 Waveparticle and Baxendale architects presented the lauded The Happenstance, and in 2016 Lateral North presented an Arctic vision for Scotland in Prospect North. Further details about Scotland’s architectural contributions are available on scotlandandvenice.com

About the funding from Creative Scotland

The National Lottery has raised more than £41 billion for more than 565,000 good causes across the UK since 1994. Thanks to National Lottery players, up to £600 million has been made available to support people, projects and communities throughout the UK during the Coronavirus crisis. https://www.national-lottery.co.uk/