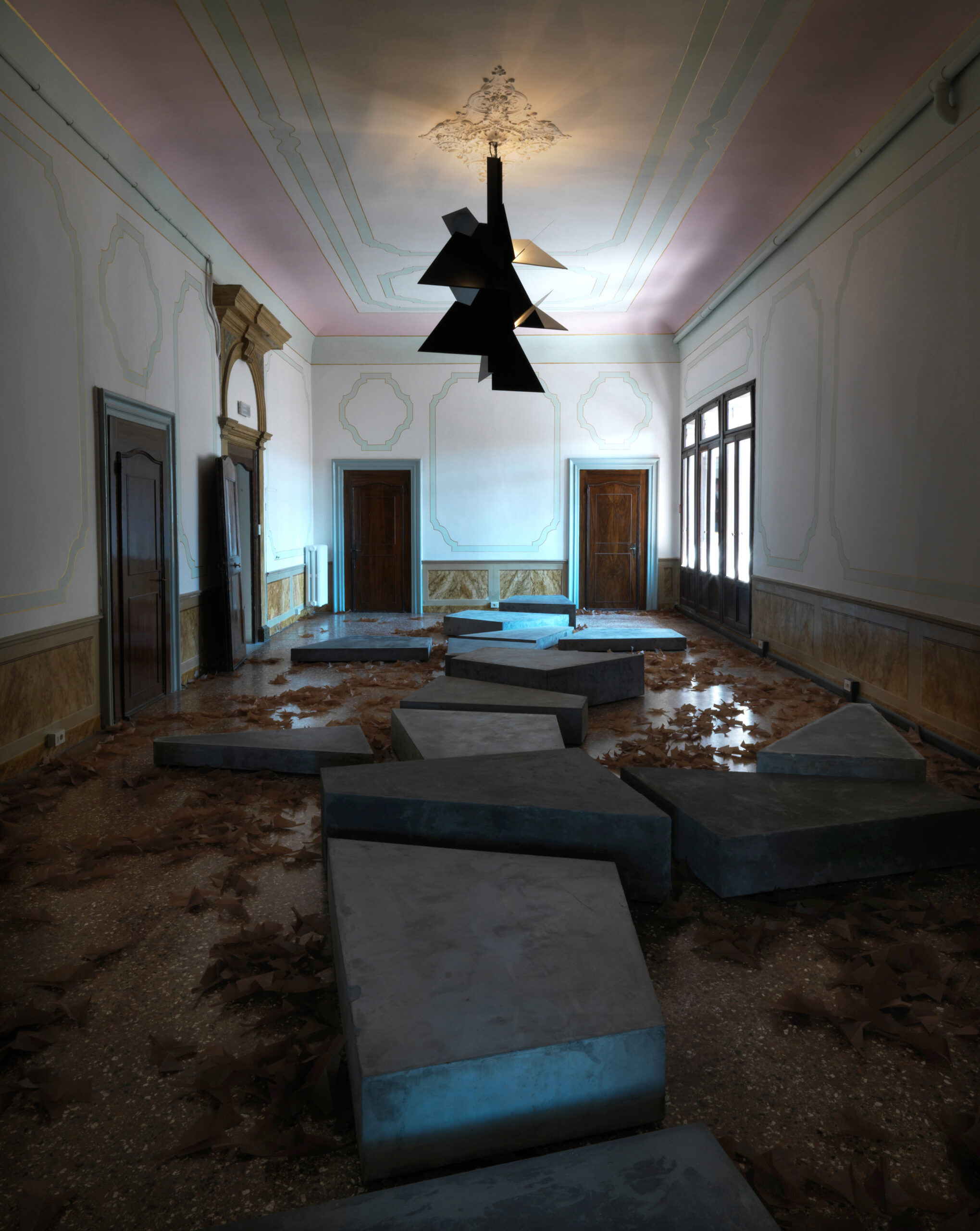 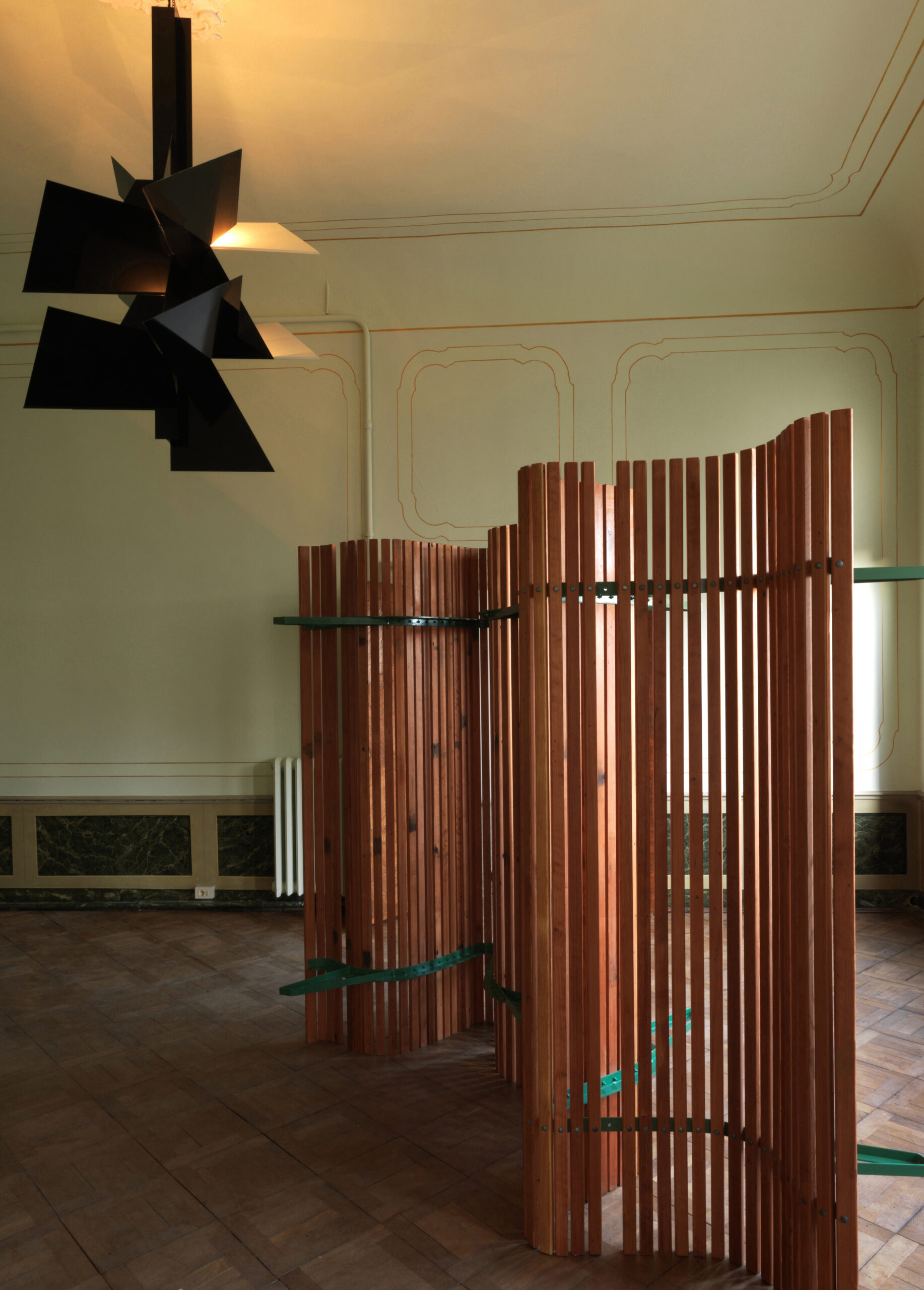 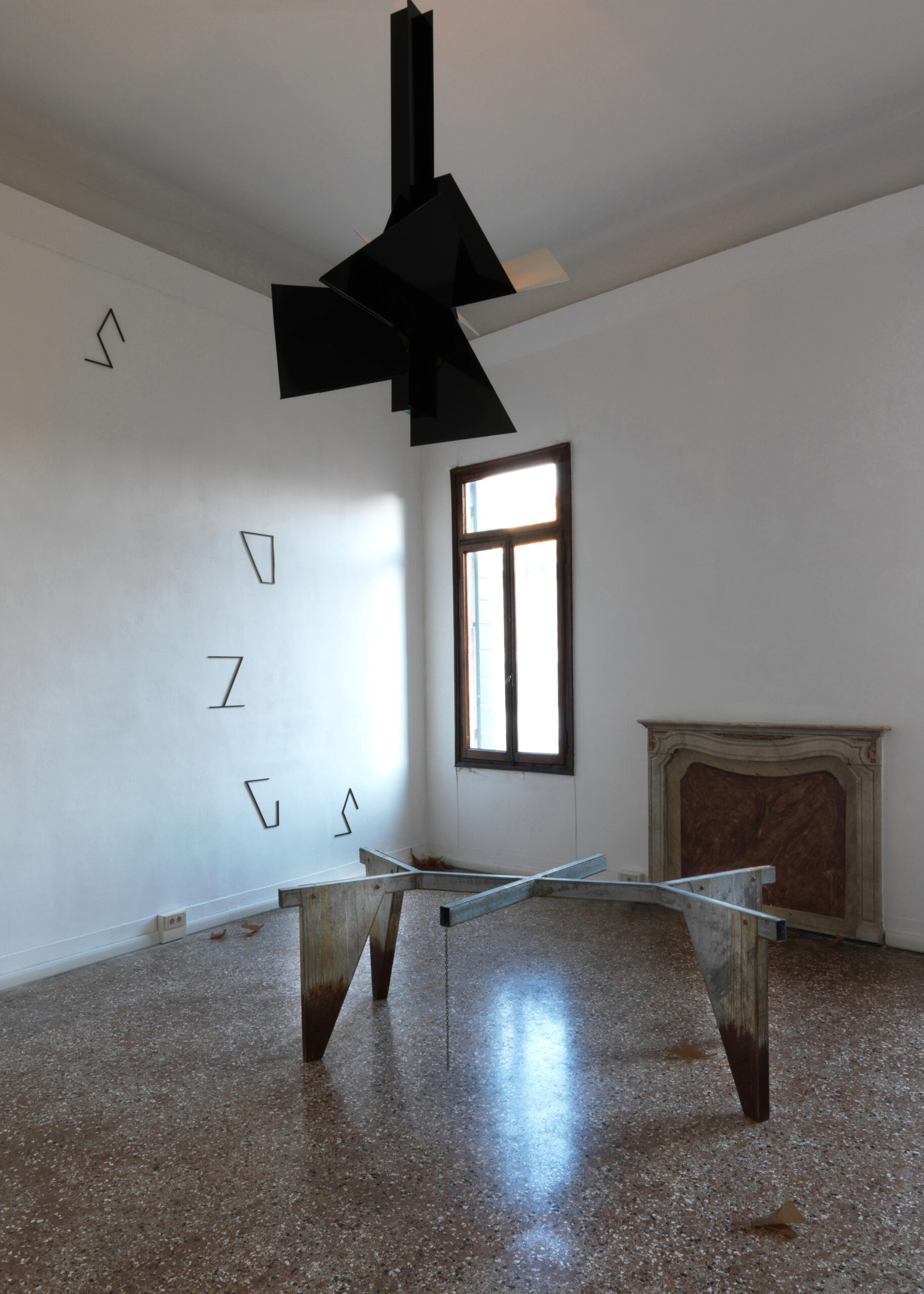 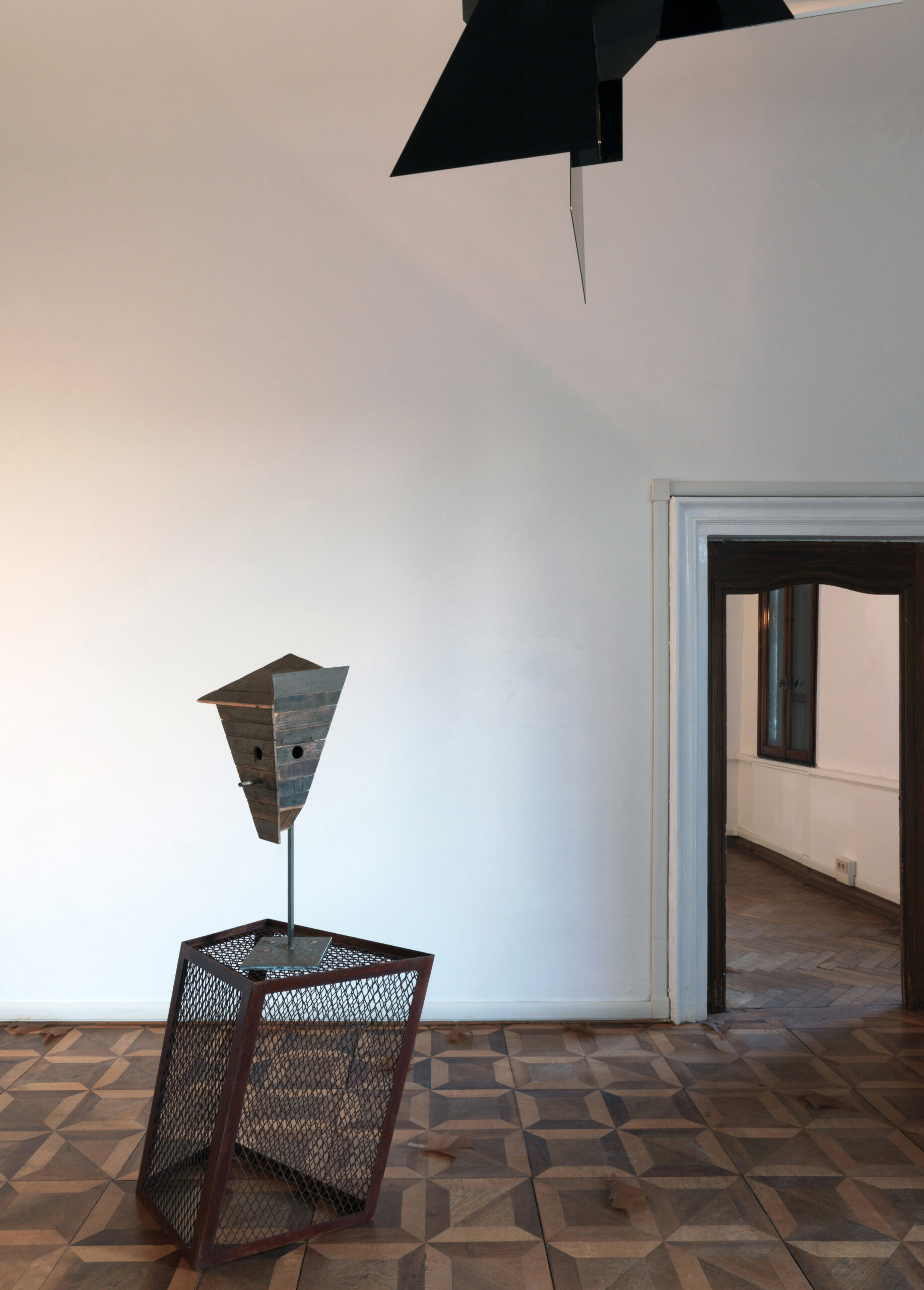 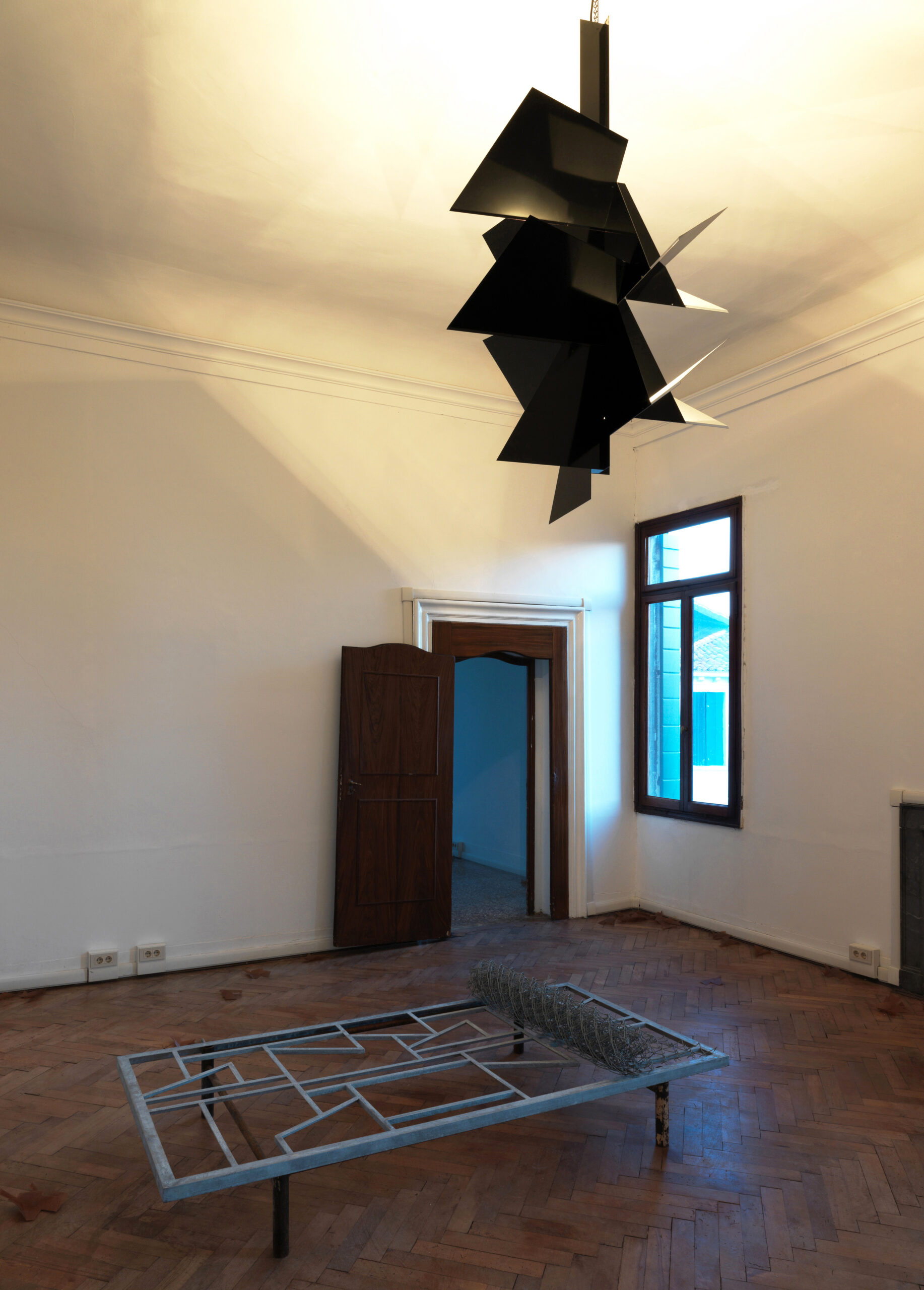 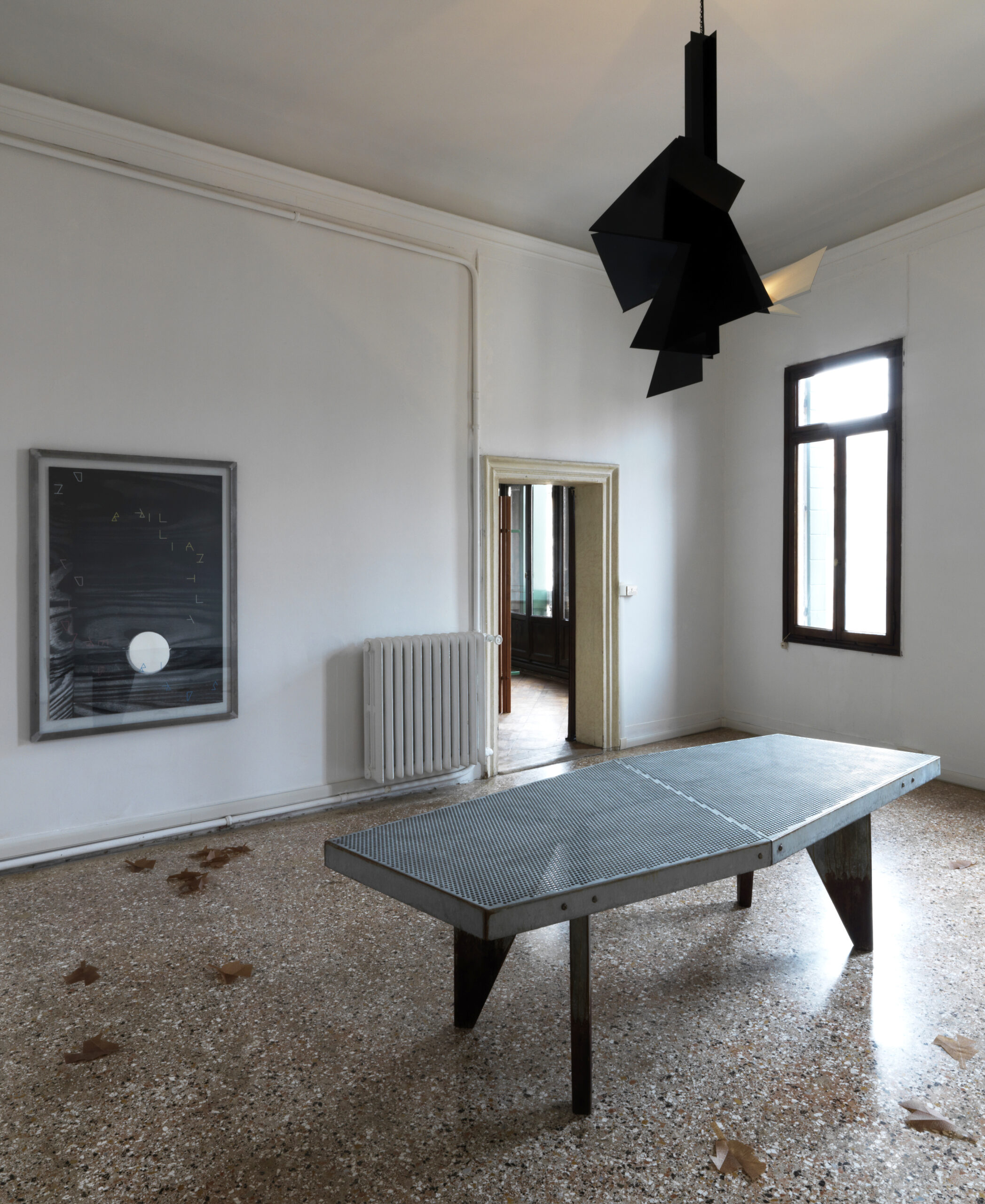 Curated by Dundee Contemporary Arts (DCA), Martin Boyce’s acclaimed solo exhibition No Reflections was commissioned by Scotland and Venice in 2009.

Martin Boyce is one of Scotland’s most prominent artists and is well-known for his sculptural installations that recall conventional public spaces. Imagining an abandoned garden in the fading grandeur of a 15th century Palazzo, Boyce placed groupings of the newly commissioned works in the Palazzo’s seven interconnected rooms – suspended aluminium trees, scattered wax paper leaves, raised stepping stones, a wooden bird box, tables and benches. Drawing on the inner city landscape of Venice, Boyce conflated the internal and external, creating a heightened sense of displacement and abandonment. The works were subsequently reconfigured for the modern, award-winning galleries of DCA as part of our 10th birthday celebrations.

The concept for No Reflections made reference to a starting point in Boyce’s work – a photograph of four concrete trees created by Joël and Jan Martel for the 1925 Exposition des Arts Décoratifs in Paris. These trees, Boyce says, ‘represent a perfect collapse of architecture and nature’, visualising oppositional elements of urban existence: the natural versus the constructed, the populated versus
the uninhabited, old versus new.

A publication and limited edition artist prints accompanied the exhibition and are available to purchase.

“Martin Boyce is showing an installation of such melancholy beauty that it was for me, one of the highlights of the whole Biennale….if Boyce doesn’t win the Turner prize one of these days, I’ll eat
my hat.”

“Boyce’s show is muscular and supremely confident, its heavy and rusting materials hard-edged and brutal. It’s a classic example of restraint being a form of strength.”