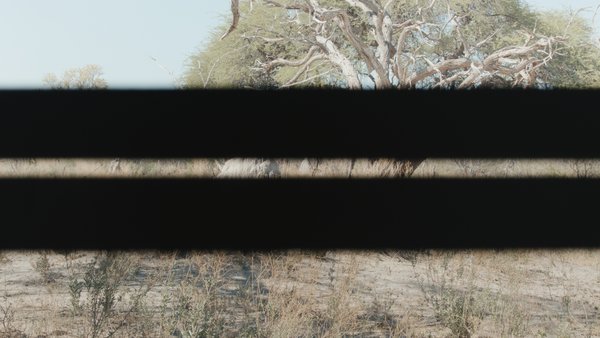 The film, SaF05, was commissioned by the Scotland + Venice partnership for presentation at one of the world’s most prestigious visual arts festivals, La Biennale di Venezia, and has been showing there to critical and public acclaim, since May.

SaF05 is the most ambitious film to date by Charlotte Prodger, who grew up in rural Aberdeenshire, and is the third part of a trilogy. The artist was awarded the 2018 Turner Prize for the second film in the trilogy, BRIDGIT (2016).

Having attracted thousands of visitors from across the globe during its exhibition in Venice from May-Nov 2019, the free to attend screening of SaF05 in Aberdeen on Thursday 21 November at 18:30 also represents the homecoming, final leg of a simultaneous Scottish Tour to cinemas in Campbeltown, Glasgow, Helensburgh, Isle of Lewis, Shetland and Skye.

Alexia Holt, Associate Director of Cove Park the Scotland + Venice 2019 project partner and lead for the Scottish Tour said: “We’re thrilled to be bringing SaF05 to Belmont Filmhouse as part of a Scottish Tour which is giving wonderful opportunities for audiences here in Scotland to see this major new work by Charlotte Prodger. Charlotte’s work has a resonance with Aberdeenshire, inspired by her childhood in the local area and, in a sense, ‘bringing the work home’, is a fantastic way to conclude the tour.”

The screening of the work will be accompanied by a trailer documenting the development of the project by BAFTA Scotland nominated director, Martin Clark andan introduction by Eoin Dara, Head of Exhibitions, Dundee Contemporary Arts,who’s close connection to Charlotte’s work and the themes explored within it will help inform audiences experience of the work.

Among those in the audience on 21st November, and who have contributed to the success of the exhibition in Venice, will be Robert Gordon University – Gray’s School of Art students, Courtney Barr and Lauren Ferguson.  Selected for the project’s prestigious Professional Development Programme, the arts students have spent a month in Venice looking after the exhibition and gaining invaluable creative and professional experience.

Commenting, on their experiences, Courtney said: “It’s been such an amazing opportunity to not only be a part of the Biennale but to meet other young people who are interested in pursuing the same field as myself, from all over the world.”

Lauren added: ”Experiencing Charlotte’s work in Venice, has had a significant influence on me.  On my return to Aberdeen, it feels all the more poignant to be living in the city from which most of Charlotte’s adolescent memories derive. Particularly, with the final screening of the Tour taking place in Belmont Street – a place that both Charlotte and I have personal connections with.”

To coincide with the exhibition and the Scottish Tour, Charlotte has created a limited edition screenprint for purchase.  Drawing upon research material for SaF05,the print is entitled Baked Alaska,2019 and is available to buy through artists residency centre, Cove Park.

Explaining the special connection between Charlotte’s work and Cove Park, Associate Director, Alexia said: “Charlotte’s very first residency was at Cove Park in 2010 and a second residency in 2018 allowed her to develop her first ideas for SaF05.

“Charlotte has generously donated this edition to Cove Park and all proceeds from sales will go towards the development of its international artists residency programme in 2020, our 20th anniversary year.  This will ensure other artists can take part in our programme and develop ambitious new work for national and international audiences.”