Fourteen art students from six Scottish art colleges have been selected for the Professional Development Programme as part of the Scotland + Venice 2017 presentation of a solo show of new work by Rachel Maclean.

The Scotland + Venice Professional Development Programme began fourteen years ago in 2003. Since then, the programme has provided the opportunity for over eighty students from eight colleges to spend time in Venice alongside like-minded artists, experiencing the distinctive setting of Venice and expanding their own practice.

Find out more about this year’s programme in this press release.

The senior team, visiting Venice for a period of 10 weeks on rotation, will include Gemma Batchelor (Edinburgh College of Art), Claire Hills (University of Edinburgh) and Dawn Berry, an artist from Hawick.

It seems like an oh-so cliché word but it is the only word that can describe my time here in Venice. Preparing to come out here whilst being the last of our bunch to go, keeping up to date on the other people’s time here over five months I felt the pressure to make the most of my time. Read more

It's a cliche isn't it, when you warn a preholidayer/traveller 'the time will just run away from you' and of course, its true. but amplified tenfold in the arena of the venice biennale. the pace is quicker, darker, and sweeter somehow. Read more

The Role of a Gallery Space

Looking closely at the traditional white cube gallery space and how this has come into rejection over the years, my thoughts came to the role of an exhibition space. Our experience of this environment becomes a restriction, nothing should be touched, no talking, laughing and we slowly pace ourselves around the works of art. Read more 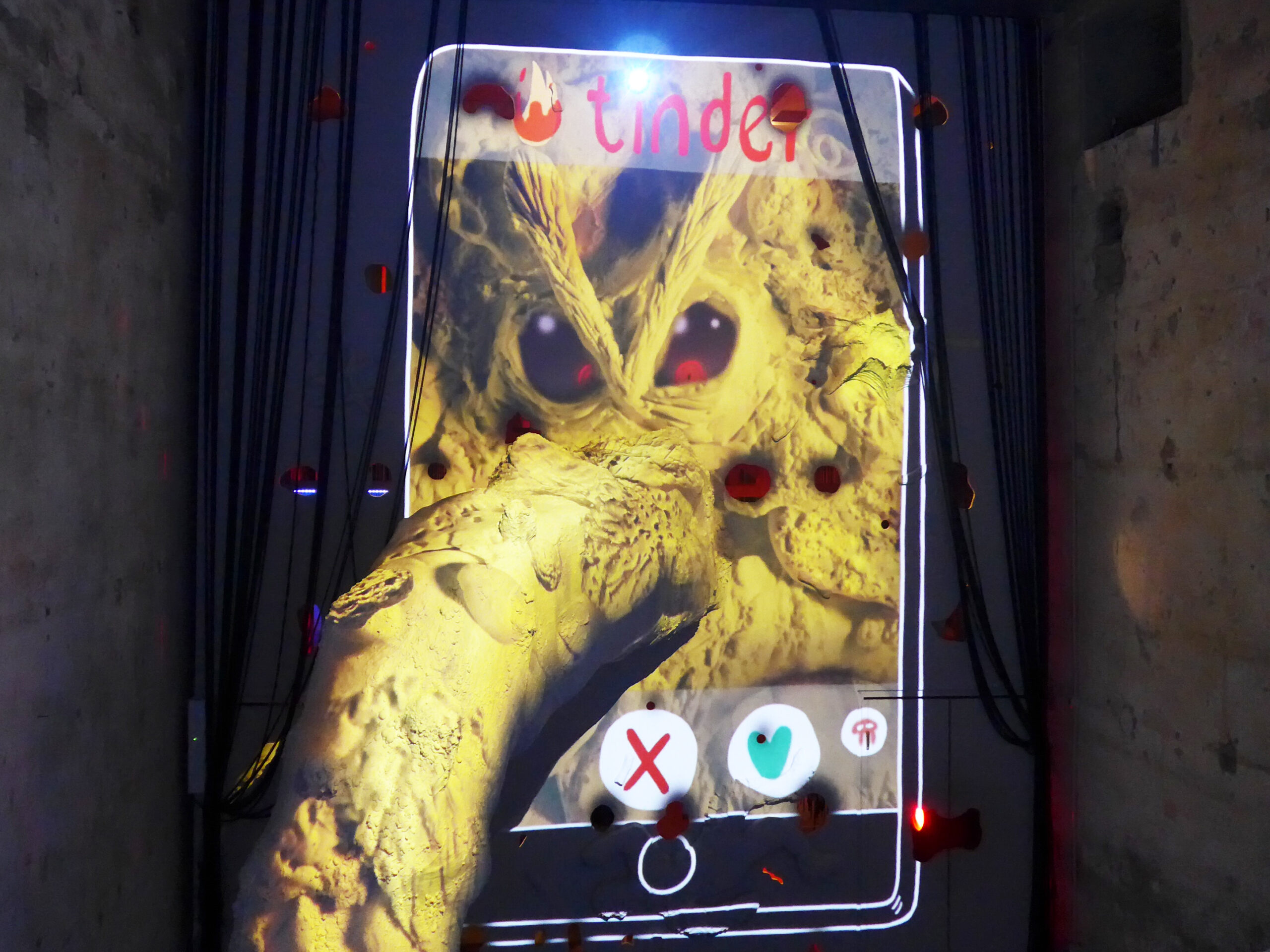 Egill Sæbjörnsson first met trolls Ûgh and Bõögâr in 2008 where they subsequently began to follow the artist wherever he went. With a new found appreciation for the world outside of their cave they began to develop their own artistic practice, as well as a love for coffee. Read more

On Mother!, Truth, Lies and Being Critical 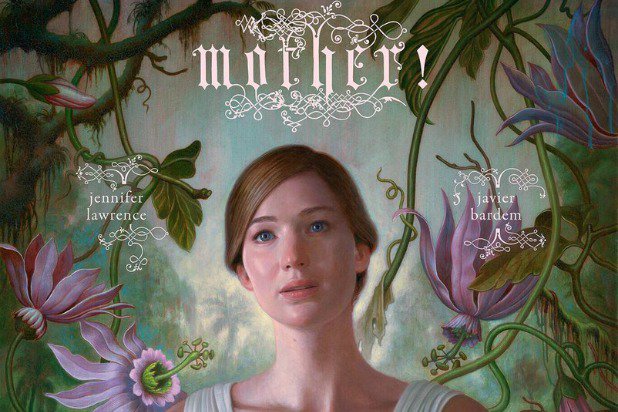 By Jo Hanning, 4th Year Fine Art student at Duncan of Jordanstone, Dundee.     The evening after my first day of work at the Scotland+Venice exhibition I went to see the premier of Darren Aronofsky's “Mother!” at the Venice Film Festival on Lido. Read more

Earth in the Digital Age: HYPERPAVILION 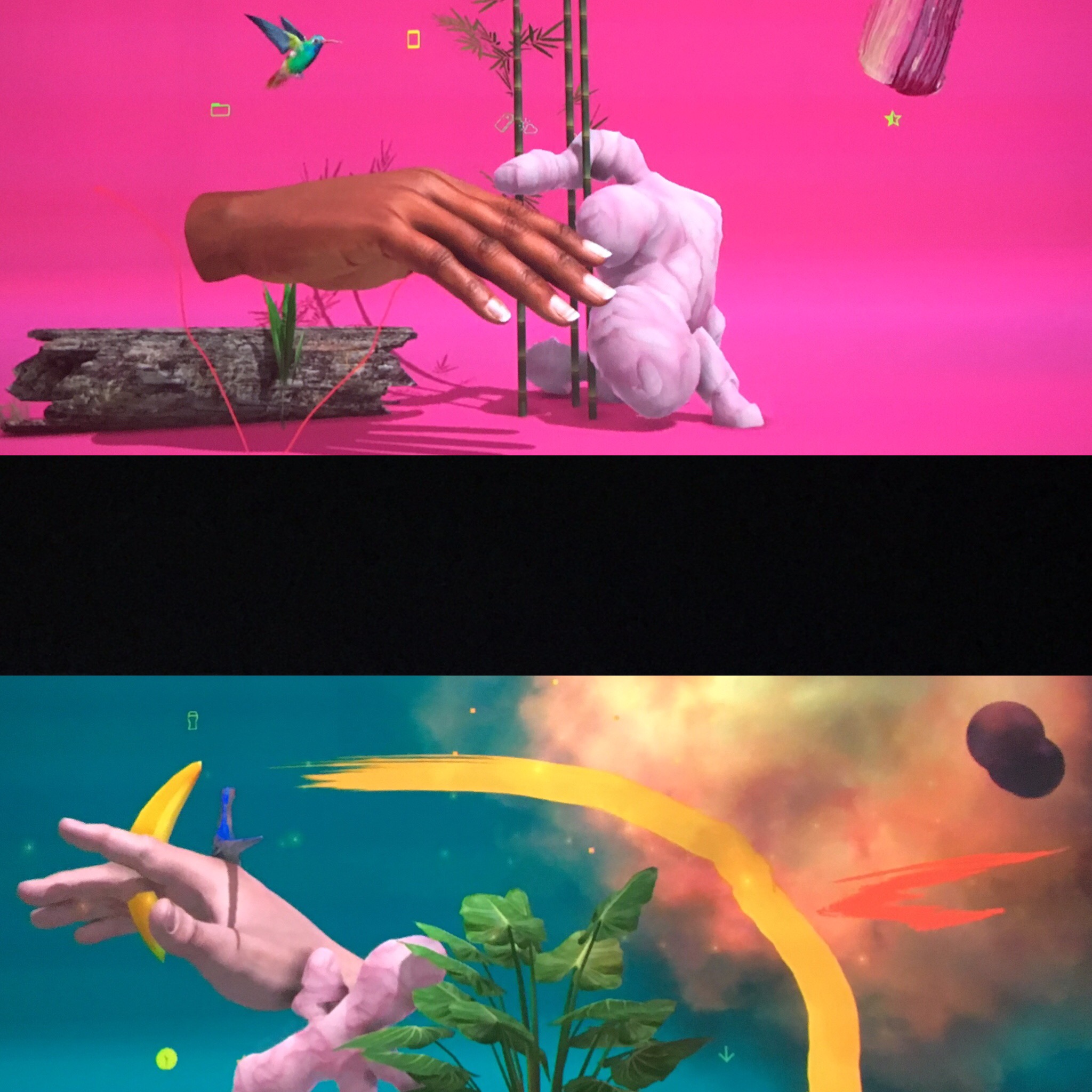 Venice’s landscape is pallid and still as I cross a rusting bridge clinging precariously above the murky green waters of the lagoon. The crumbling red-brick surroundings of Arsenale Nord, Venice’s once industrious working shipyard, feel like a surreal juxtaposition to HYPERPAVILION – a multimedia exhibition describing itself as ‘a spectacular post-techno human immersion’. Read more 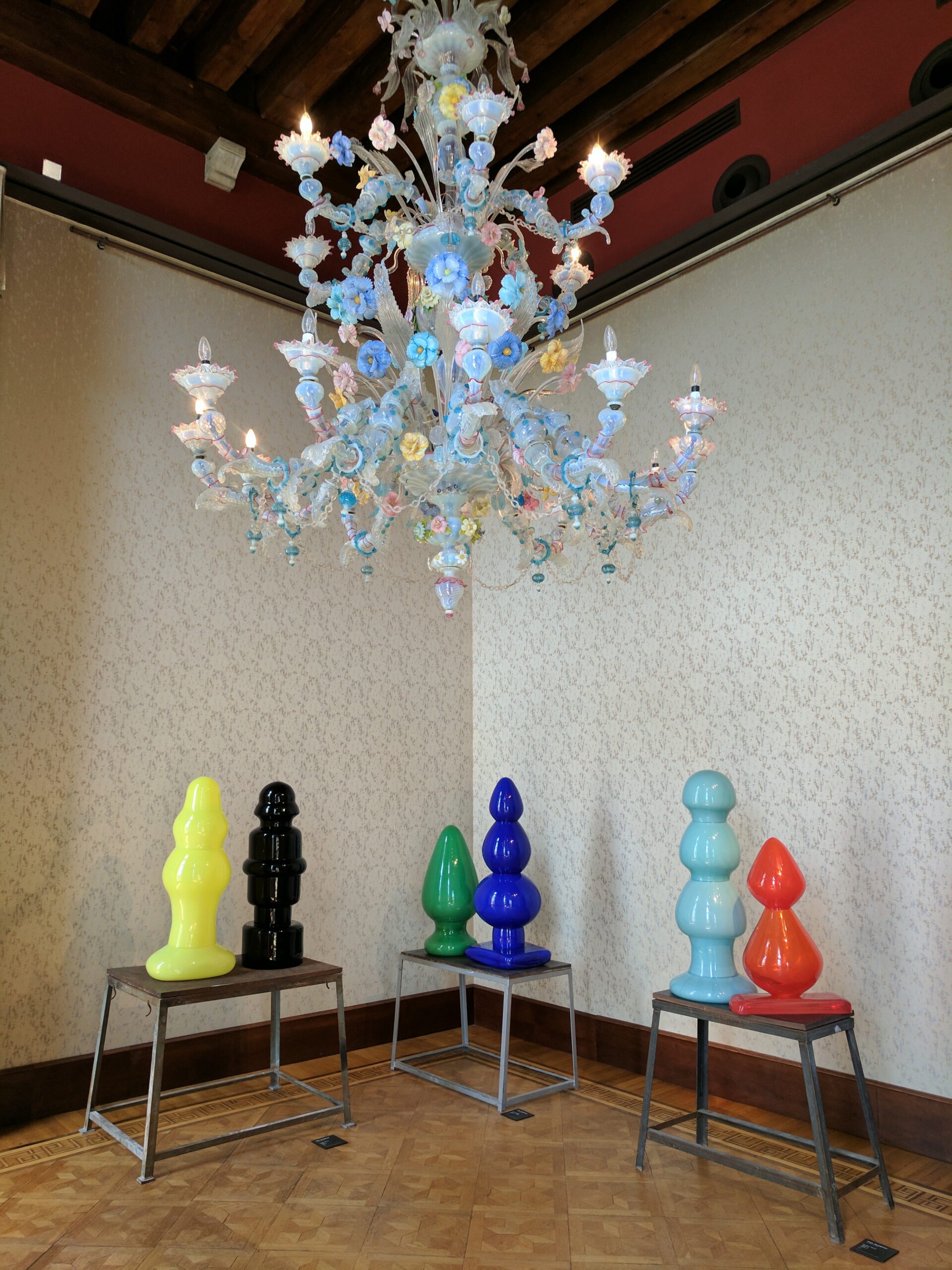 Glassmaking can easily be filed under the ‘typically Venetian’ category. The products of this century-old craft are to be seen everywhere - from the heavily decorated chandeliers in almost every palazzo in the city, to the stalls of the street merchants and the multiple tourists, who wear them as jewelry and purchase them as souvenirs. Read more 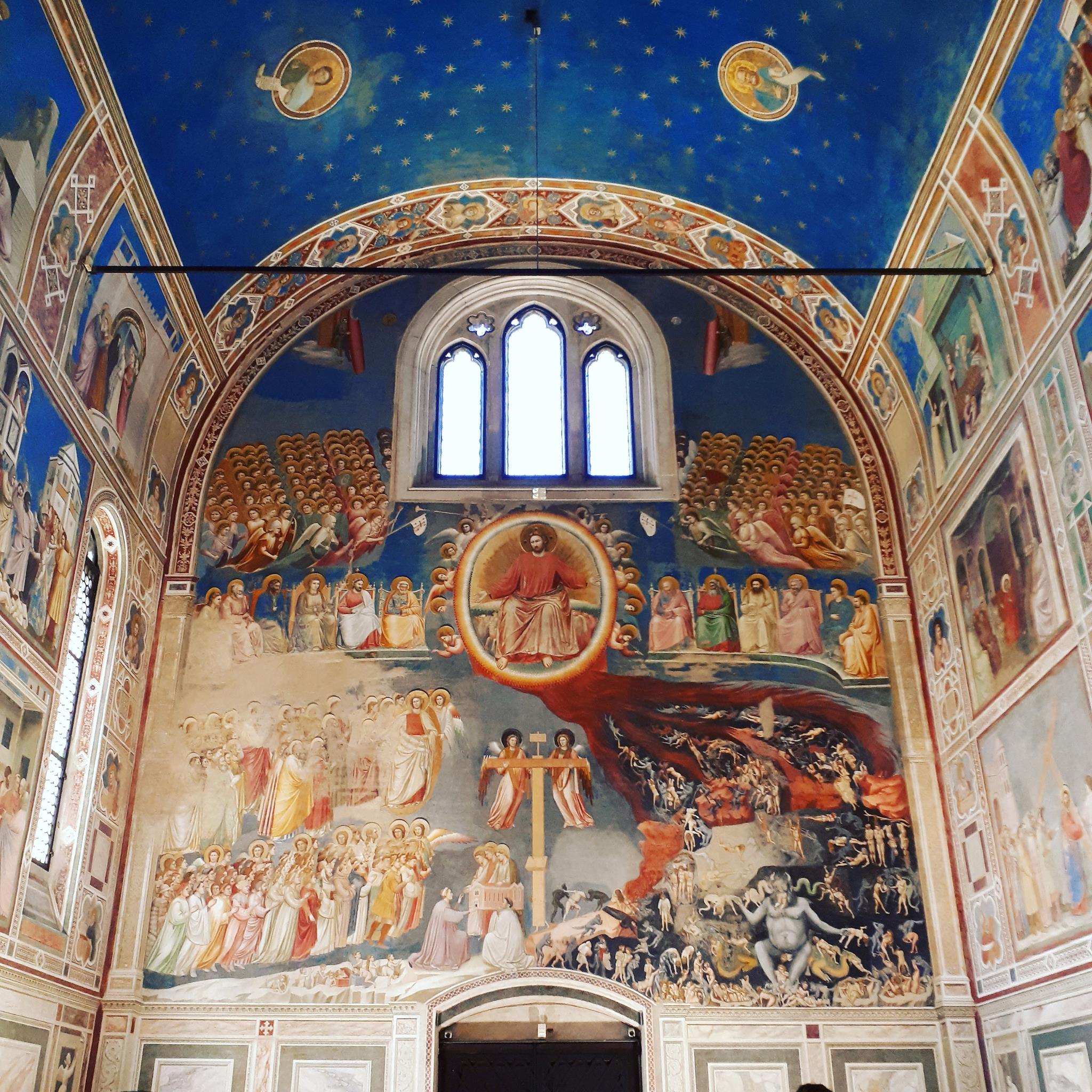 Scrovegni Chapel (Film footage by Bob Gelsthorpe from Wales in Venice) It seems odd to be traveling at speed by train, rather than boat, as we journey away from the buzzing canals of Venice towards the small mainland town of Padua. Read more

Music for the Gift 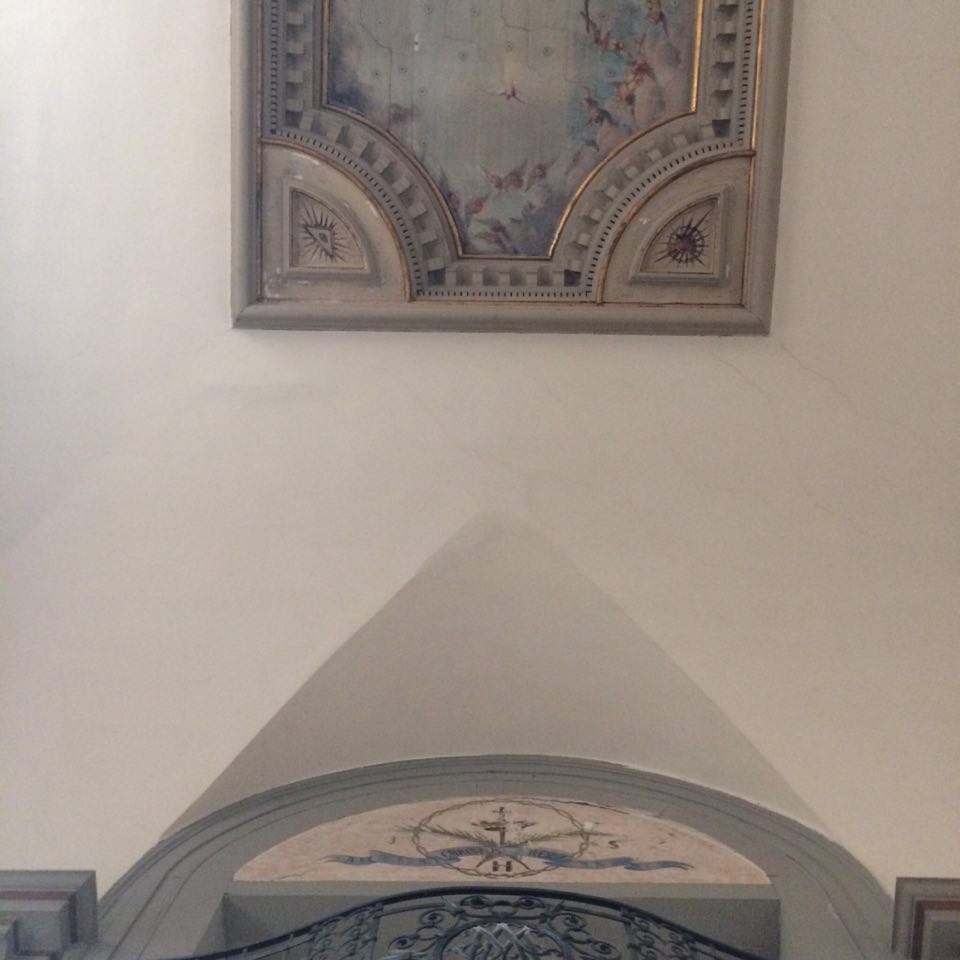 The chapel is cool and shaded and calm, a welcome relief from the pedestrian traffic and blaring sunlight just outside the door. This is not the first time I have been here, I keep coming back but there is something more on this occasion. Read more

The Pavilion of Humanity: Objection 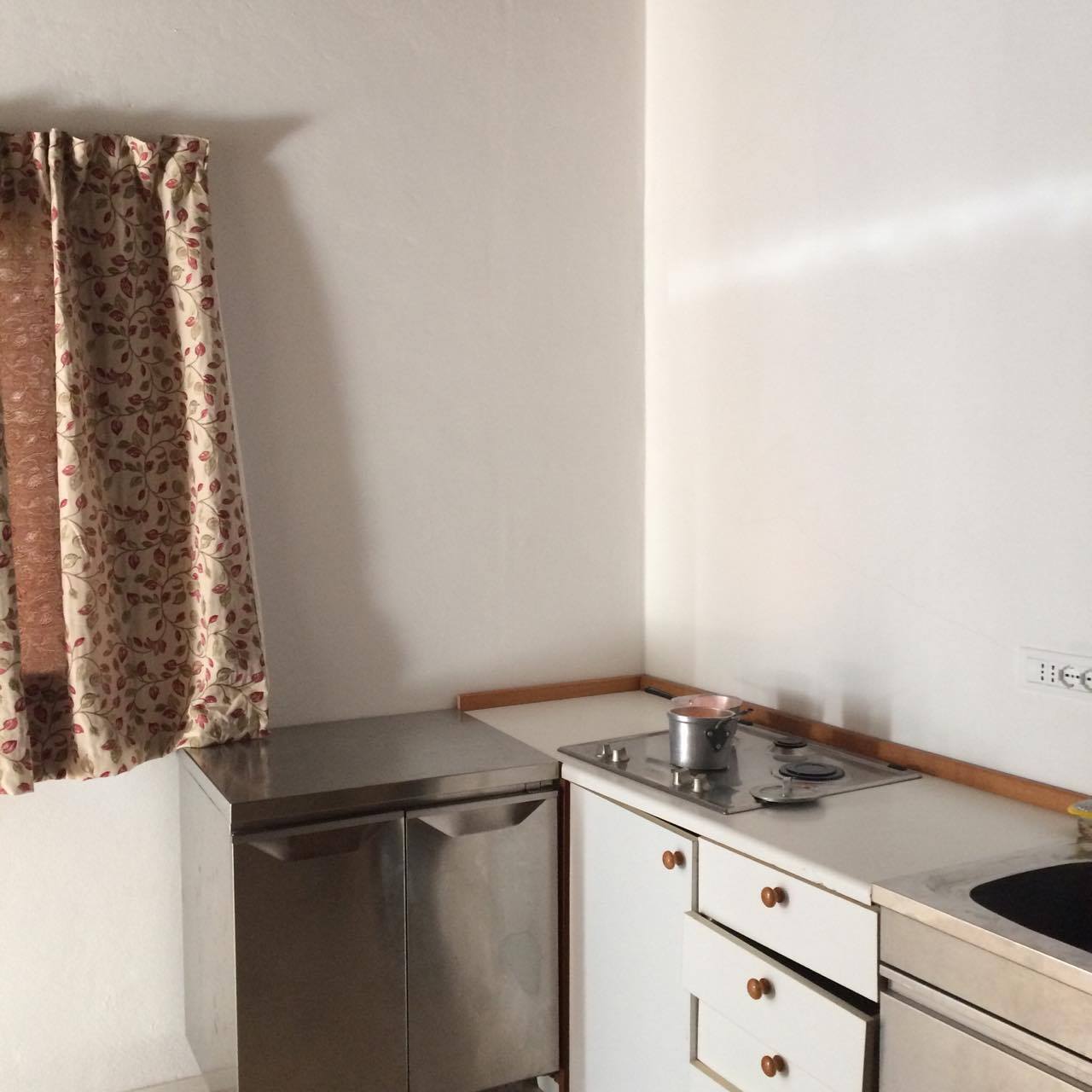 Organised by the University of the Arts London, The Pavilion of Humanity displays an attempt to break away from the traditional national pavilion format of the Venice Biennale, also rejected by UAL’s moving Diaspora Pavilion. Read more 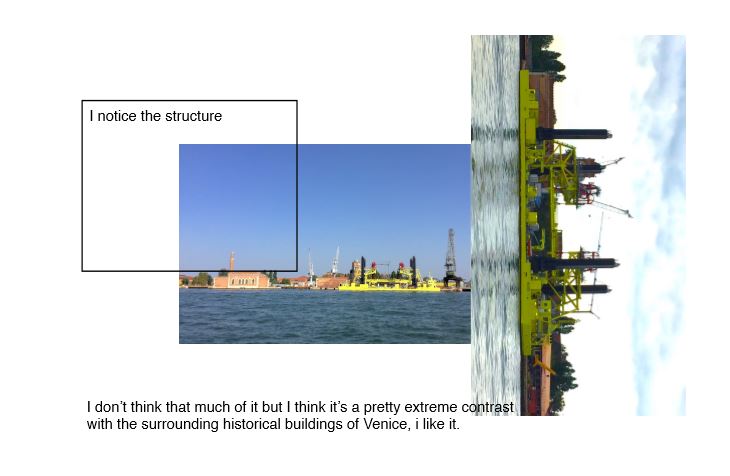 Death of Venice (open above for full thoughts) This piece is directed at the current situation of Venice, questioning and making a statement on the rising number of tourists and how people are unaware of the problems that this is causing to the local culture. Read more

The Sea, The Sea 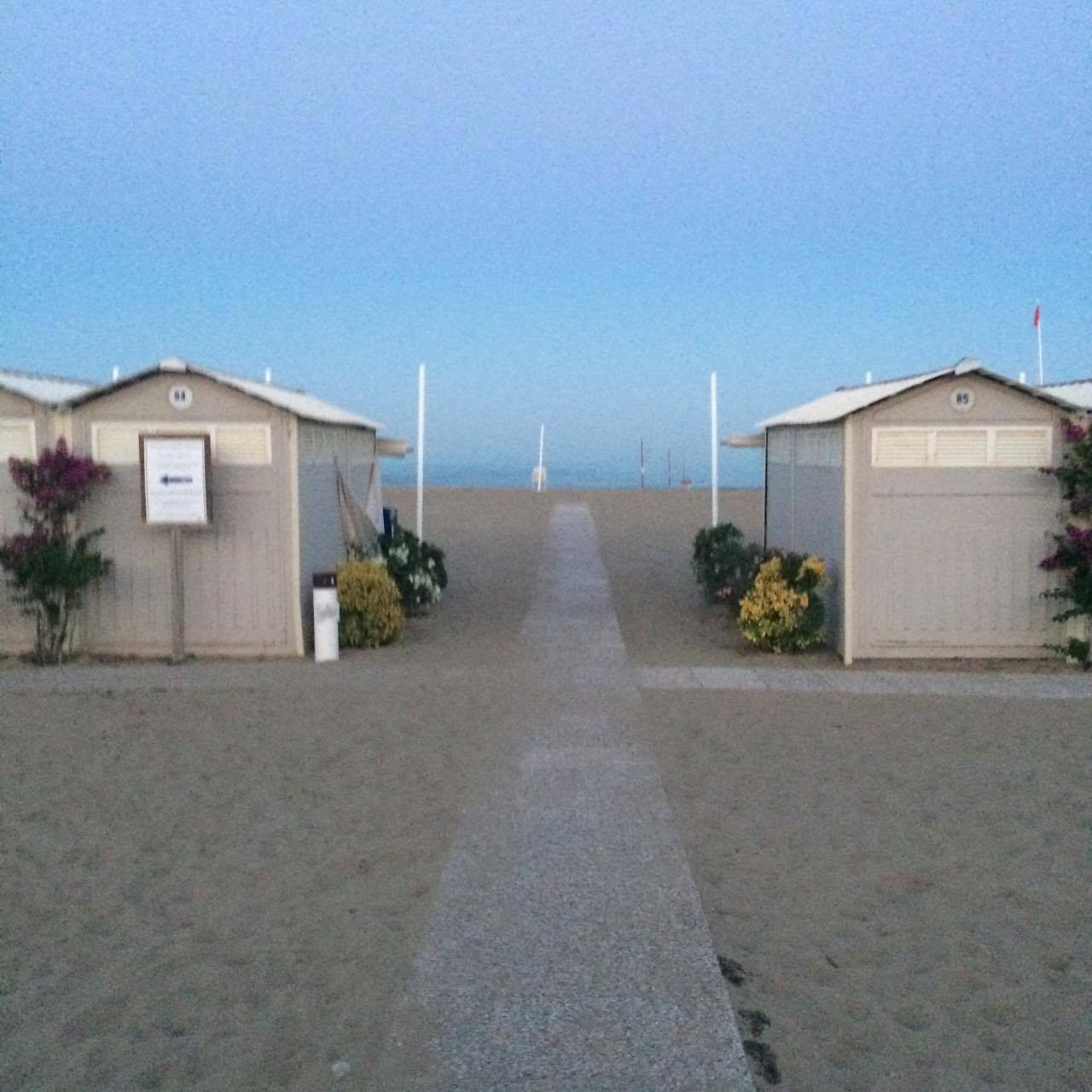 In the year 1177, Venice married the sea. A consecrated ring was thrown into the salty waters off the shore of the Lido, to be swallowed up by the Adriatic, an act undertaken by the Doge of Venice, with the blessing of the Pope. Read more

The Boat is Leaking 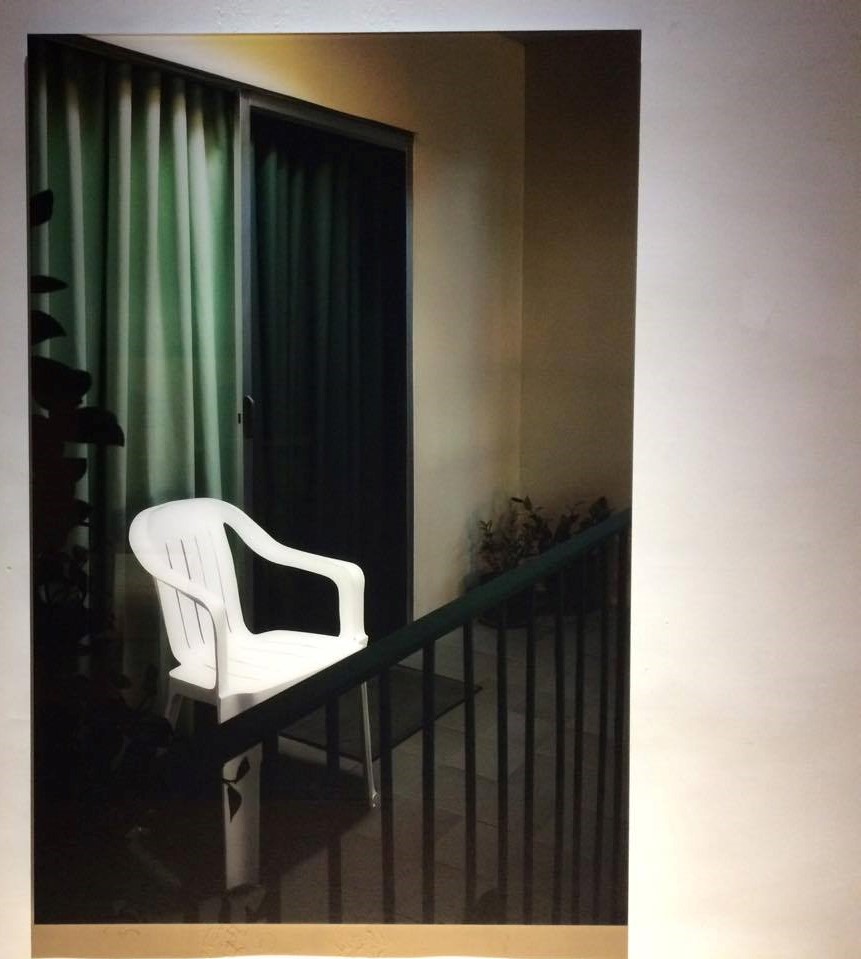 “…a multistory building of powerful imagery lending expression and meaning to the quotidian and to the world yesterday and today, as it oscillates between apparent normalcy and catastrophe, in a society ranging between lust for life and loss of trust…” Udo Kittelmann   ‘The Boat is Leaking. Read more 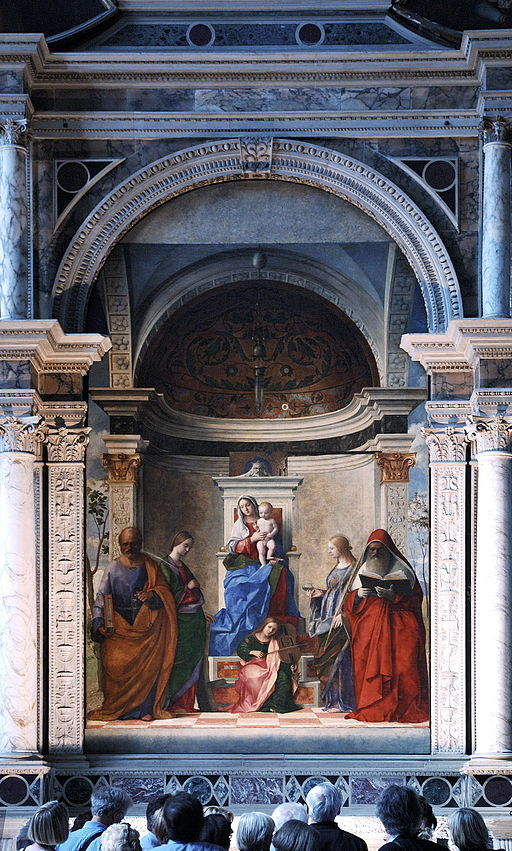 Unlike at home in Scotland, where soft light clings on well into the summer nights, the sun here works tirelessly until suddenly, as if exhausted itself, it stops. Evenings here are short and if you’re not looking you will miss them, moving quickly from peach to bruised mauve. Read more 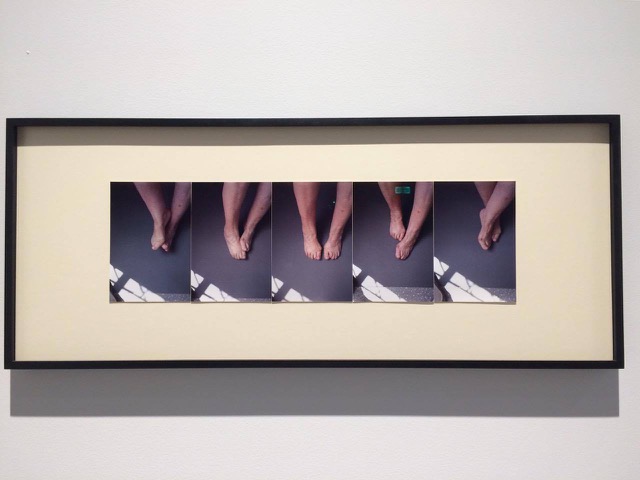 Within Venice’s Giardini, Romania is represented by a complex and extensive body of work by Geta Brătescu, born in 1926, an artist who has been integral to the contemporary Romanian art scene since the 1960s. Read more 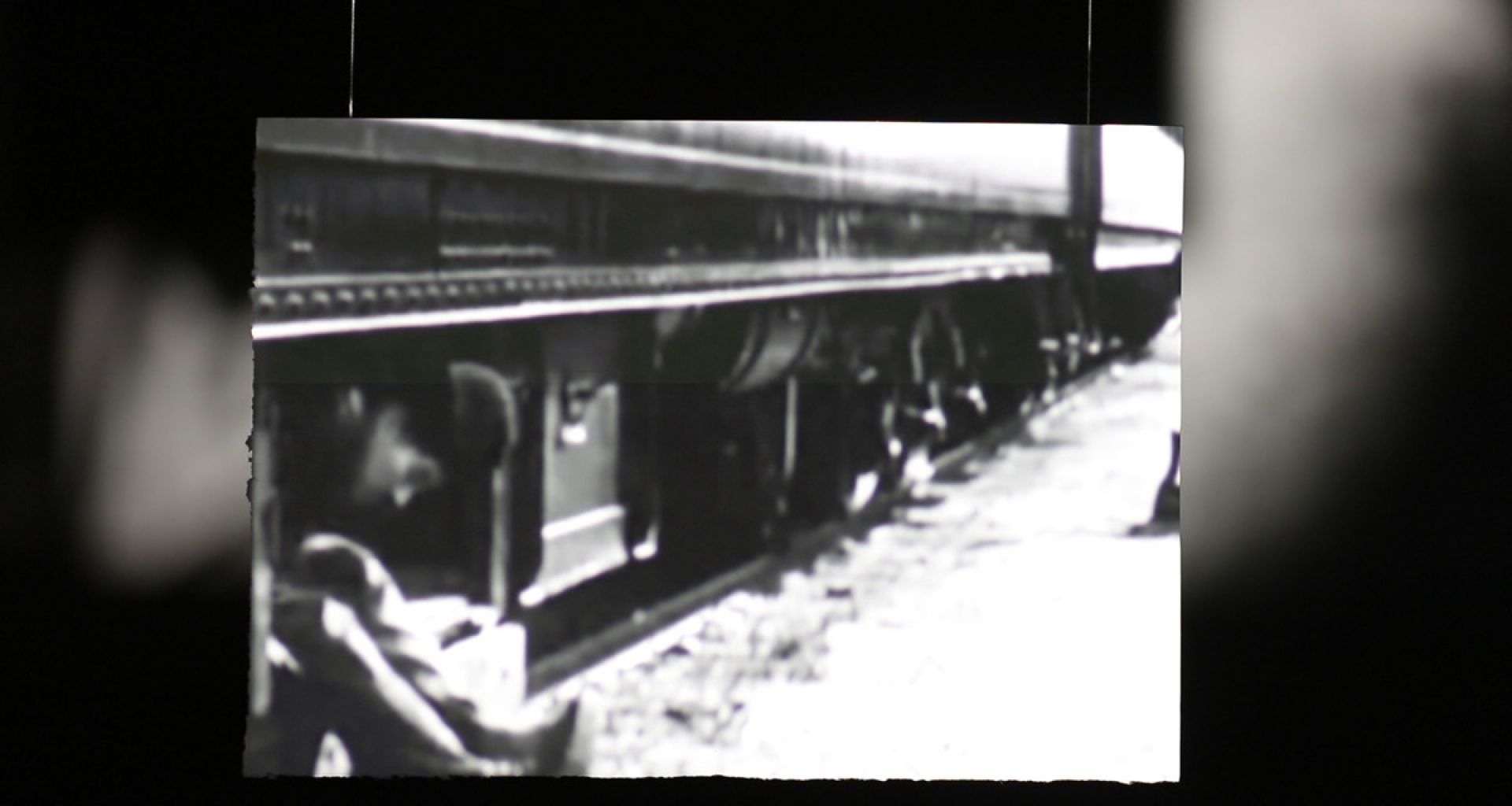 A barren winter’s landscape speeds past us, framed by the train window, as if those in the carriage were sitting motionless, watching a film. We are presented with an escape – through both the cinema and the train journey – from the tensions of social reality by Nika Autor in her work Newsreel 63, The Train of Shadows at the Slovenian Pavilion this year. Read more 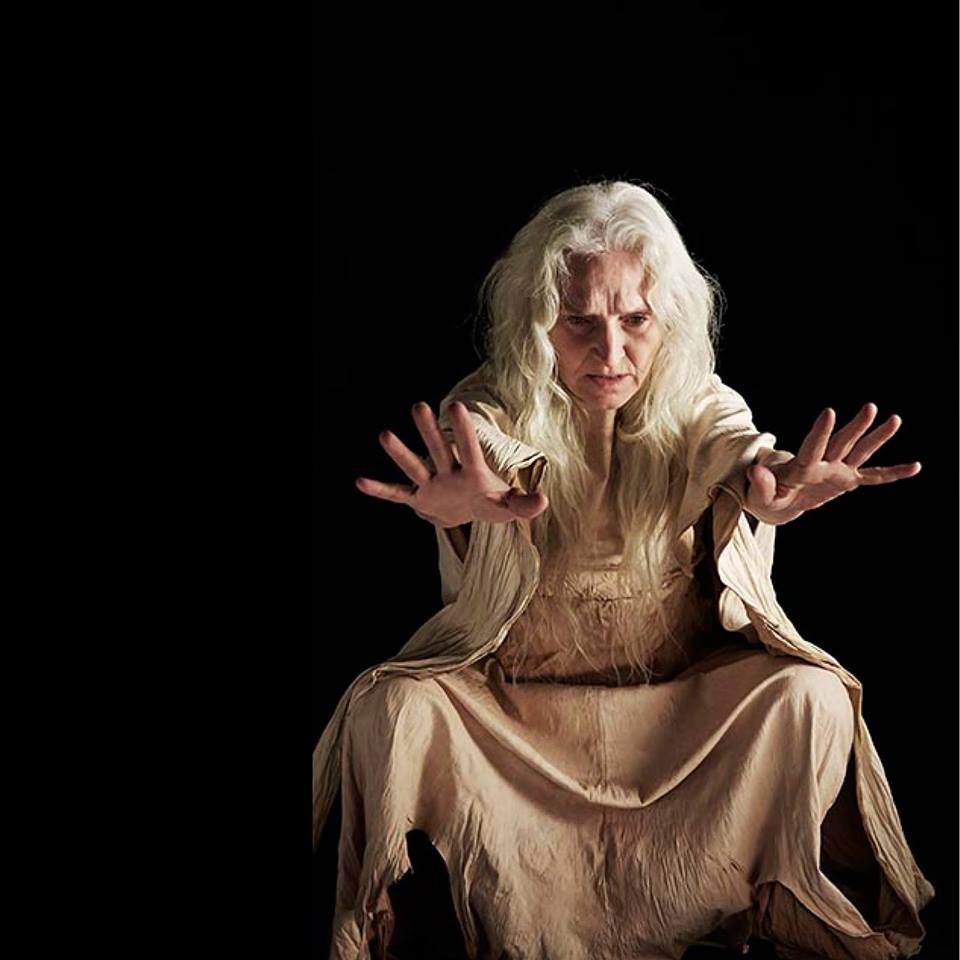 In this film piece the artist Jesse Jones uses film and performance to proclaim the return of the Witch as a feminist example. The title comes from the 1970's wages for housework movement during which Woman would chant “Tremate, tremate, le streghe sono tornate! Read more

Looking Upwards when Lightning Strikes: Intuition at the Palazzo Fortuny 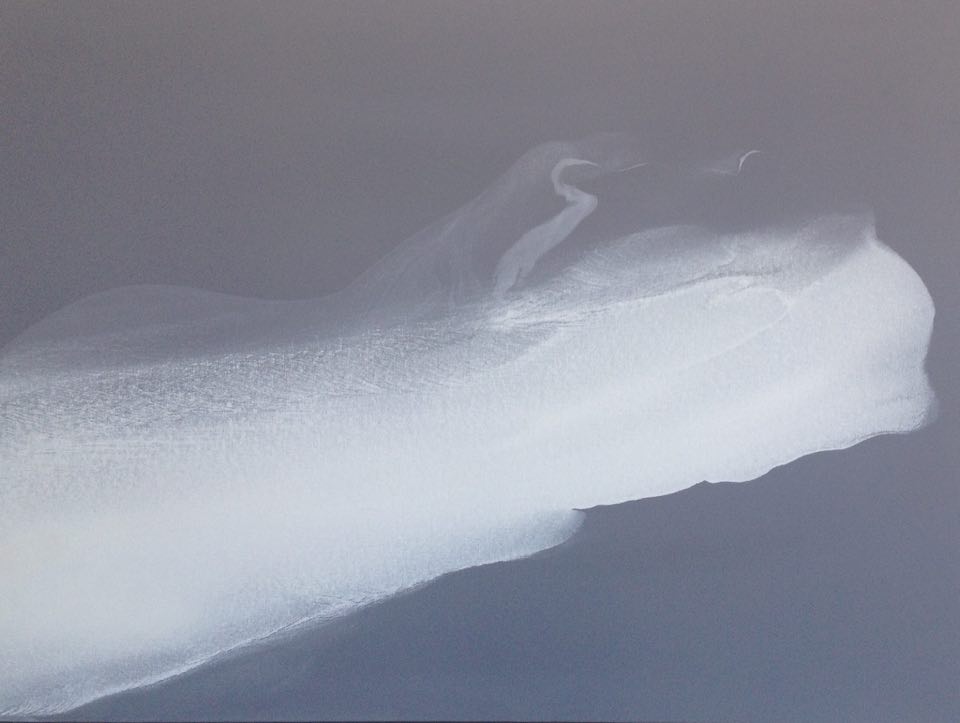 ‘The Lights of Palazzo Fortuny will vibrate whenever lighting strikes during a storm in Italy. This work is dedicated to all who passing by here will think about the sky’ The doors are open.  The threshold passed. Read more

Viva arte viva: a biennale for an outdated future? 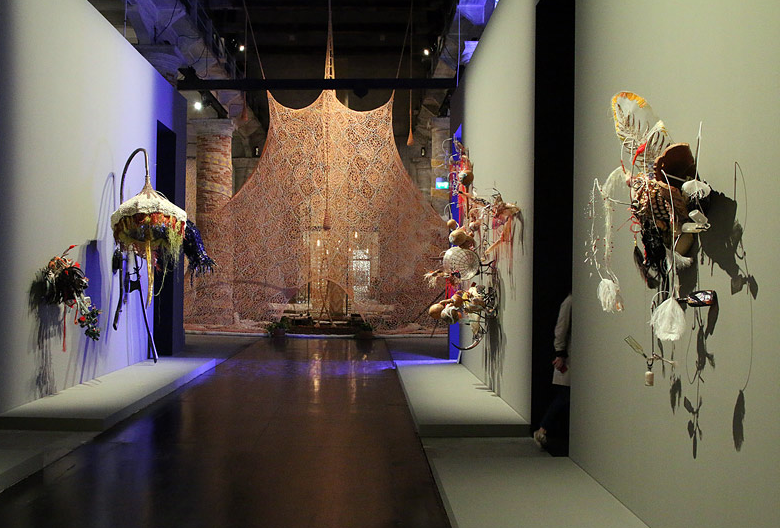 “For me the worst thing would be indifference”, said Christine Macel, director of the 57th Venice Biennale, in an interview with New York Times’ Rachel Donadio.  Viva Arte Viva is the theme for this year’s Biennale and presents a passionate outcry for the value of artists and art work. Read more

The legend of Santa Caterina 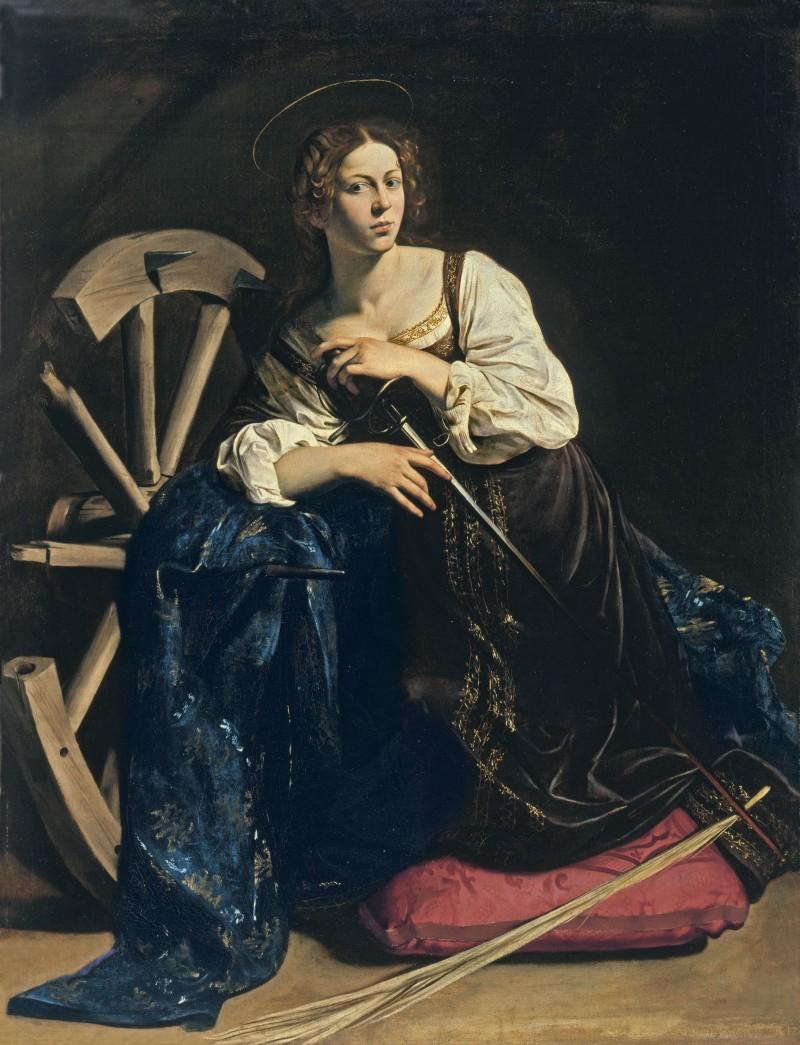 As we watch Maclean’s fairy like character develop as mother, lover, confessor and judge, entwined in Pic’s cyclical fate, one cannot help but draw connections to Santa Caterina, her statue illuminated and watching us as we sit in the deconsecrated church dedicated to this martyred saint. Read more 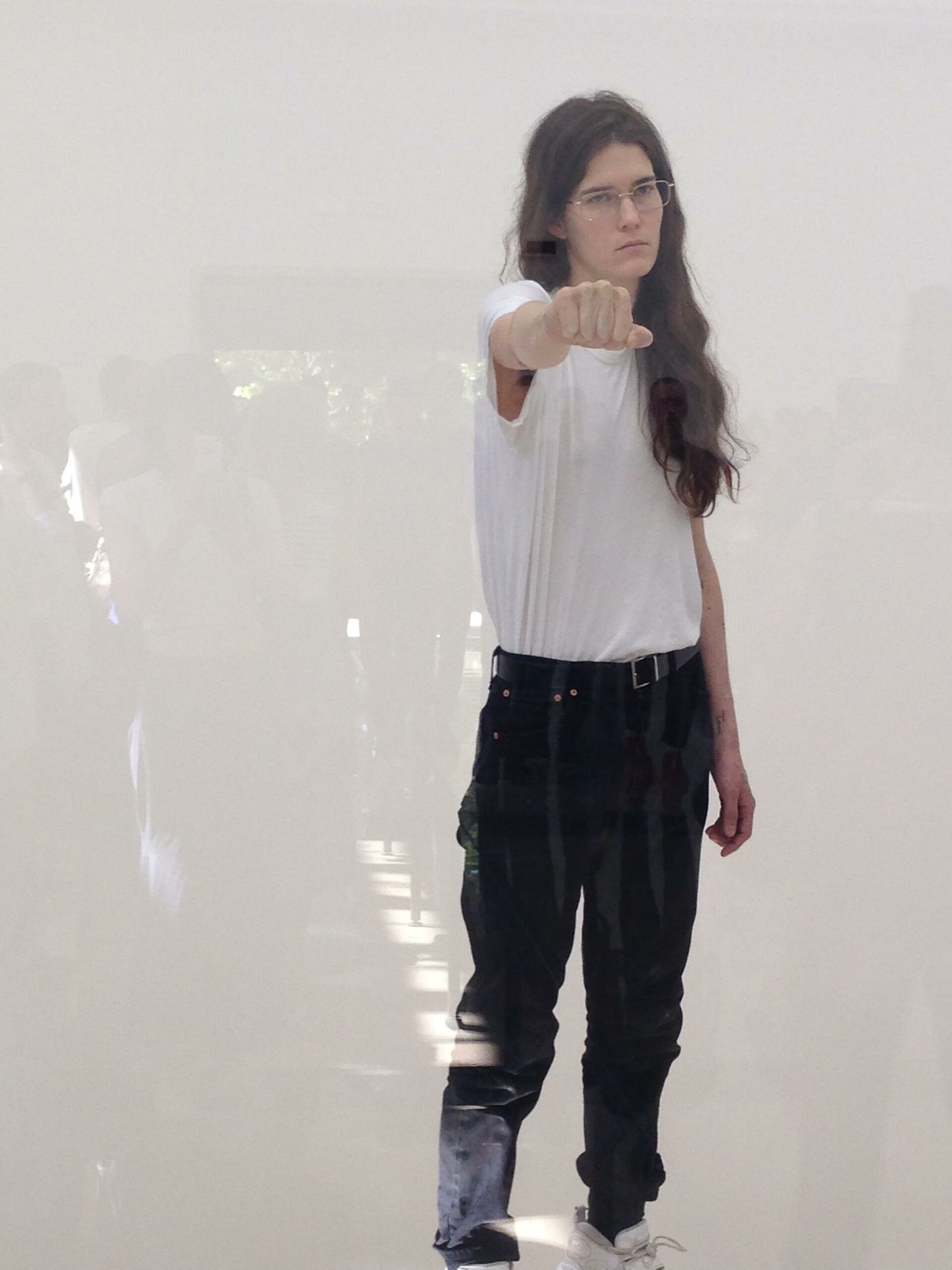 Losing hope and any idealism for life, Faust, the legendary German scholar, chooses to make a pact with the devil exchanging his soul for unlimited knowledge and worldly pleasures. For twenty four years, one for each hour of the day, the demon Mephistopheles is sent to provide Faust with whatever whim or folly he wishes. Read more 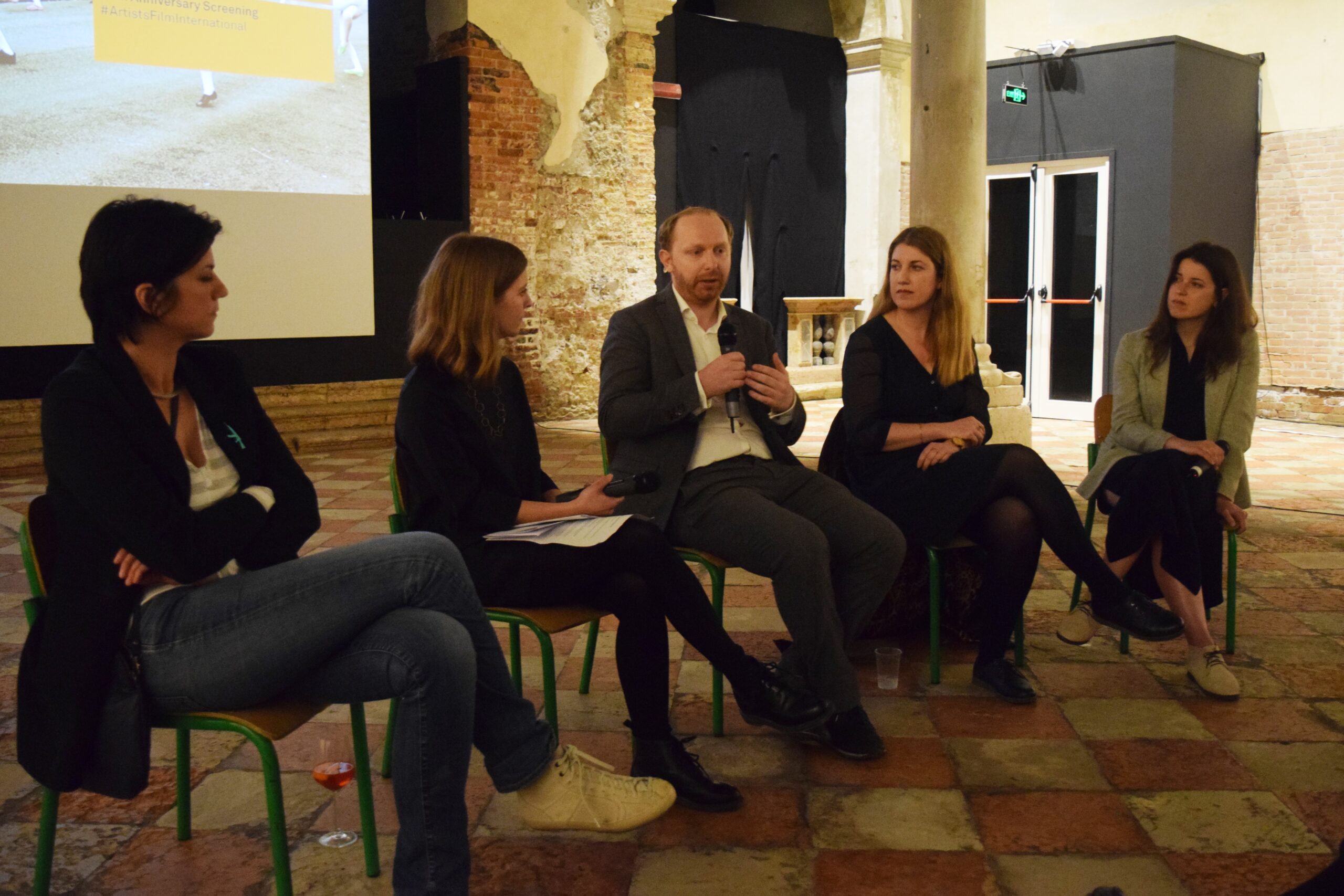 We welcomed Artists’ Film International (AFI) to our venue for their 10th anniversary screening on Friday 12 May. Established by the Whitechapel Gallery in 2008, AFI is a collaborative project that features film, video and animation from across the globe. Read more

Around and about in Cannaregio 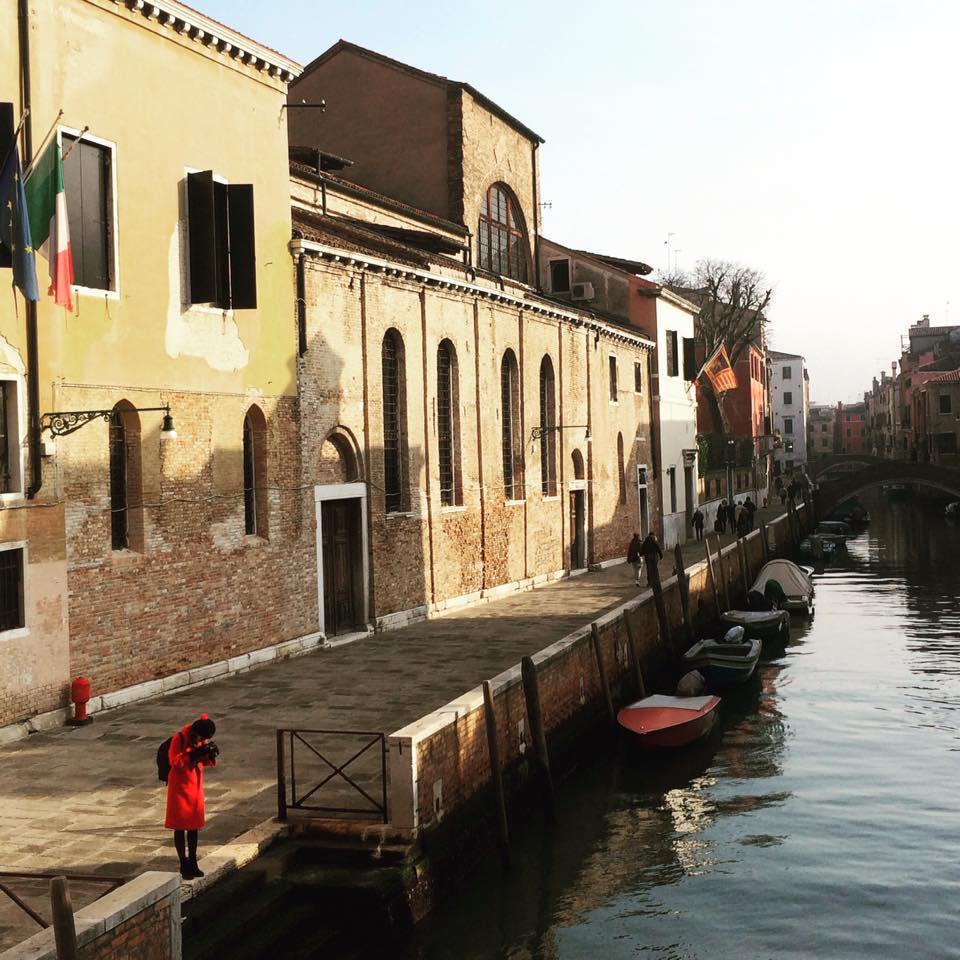 This year the Scottish Pavilion is located at the heart of Cannaregio in the North of the city. We have put together a list of just some of the other exhibitions, pavilions and events nearby that you might want to take a look at as well when visiting us! Read more 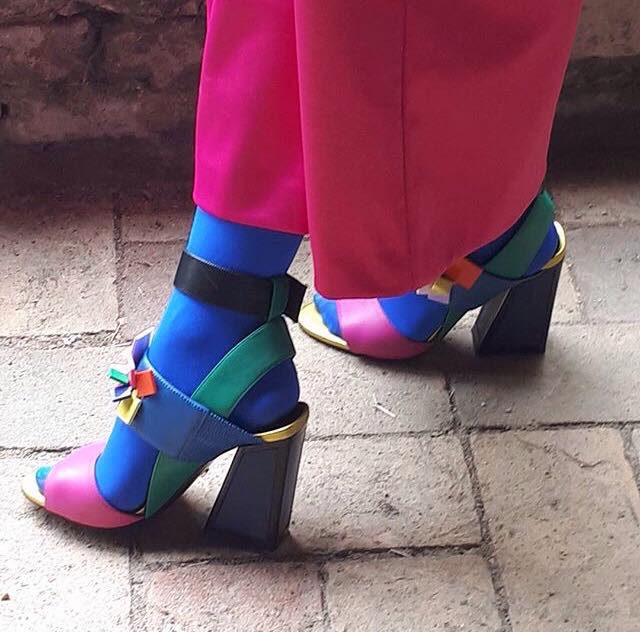 The whirlwind of Vernissage was the first chance to see Rachel Maclean's work in the stunning interior of Chiesa di Santa Catarina in Canareggio. We have put together a selection of the opening reviews and articles from the week past. Read more

Let me pose you a question… 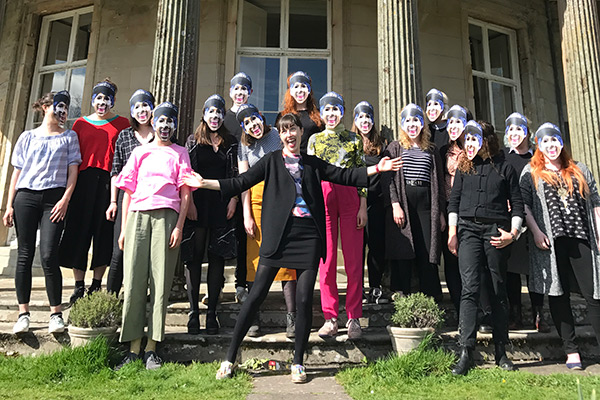 Our Professional Development team met Scotland + Venice 2017 artist Rachel Maclean at The Haining House in the Borders before they start travelling out to Venice to work at our collateral event at La Biennale di Venezia! Read more 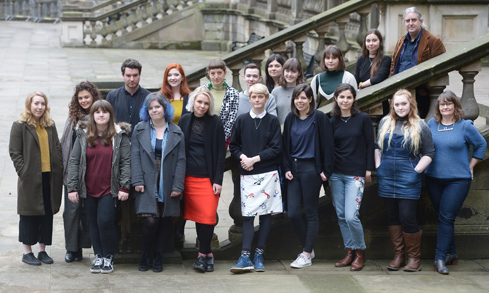 More info about the fourteen art students from six Scottish art colleges who have been selected for the Professional Development Programme as part of the Scotland + Venice 2017 presentation of a solo show of new work by Rachel Maclean. Read more